This piece captures stories told by Chileans living with HIV and combines these interviews with immersive scenes from their lives. Using a blend of 3D virtual reality for the interviews, and 360 degree video for the immersive scenes, the piece aims to impart the feeling of isolation to viewers, as they have a series of conversations.

This piece charts the journey southward through Chile that many migrants take in hopes of finding work and a place within Chilean society. Through a series of 360 degree video scenes captured along the route south, this experience shows the conditions migrants endure and the massive distances they cover in hopes of attaining the Chilean dream.

Working in virtual reality for journalism is still experimental. The behind the scenes footage that you will see utilizes scenes filmed in 360° in Chile to show viewers some of the practical challenges faced in the field by the VR producers and some of the lessons we learned.

Our VR stories are designed to immerse you in the lives of the people we interviewed. In addition to this, we’ve compiled visually stimulating scenes of the areas in which they live in order to give you the viewer a lived experience on the issues of HIV and migration in Chile.

What you now hold in your hands is a Google Cardboard VR viewer which can turn your Android or Apple smartphone into a portable VR device. The Cardboard can be assembled and used easily following these simple steps: 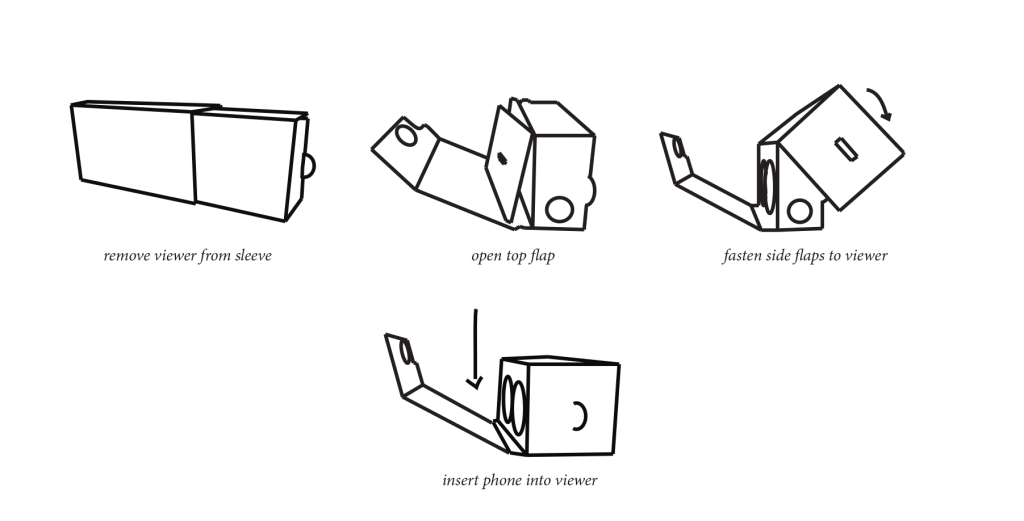 1. Ensure that your Android Phone or your IOS phone has the latest YouTube app.
2. Remove the viewer from the sleeve and open the top flap
3. Take out the side flaps. Pull the flaps up and press against the fasteners on the sides of the viewer.
4. Choose the documentary of your choice from the links above
5. Click the Carboard Icon on the YouTube Video in the bottom right hand corner of the video
6. Put your phone inside the Cardboard Viewer and look through the viewfinder to continue